In this section we collect documents, photos and videos on emergencies related to seismic risk for which a state of emergency has been declared or for which the Head of the Civil Protection Department has served as Deputy Commissioner and on emergencies abroad in which the Department took part, both independently and within missions coordinated by the European Civil Protection Mechanism. 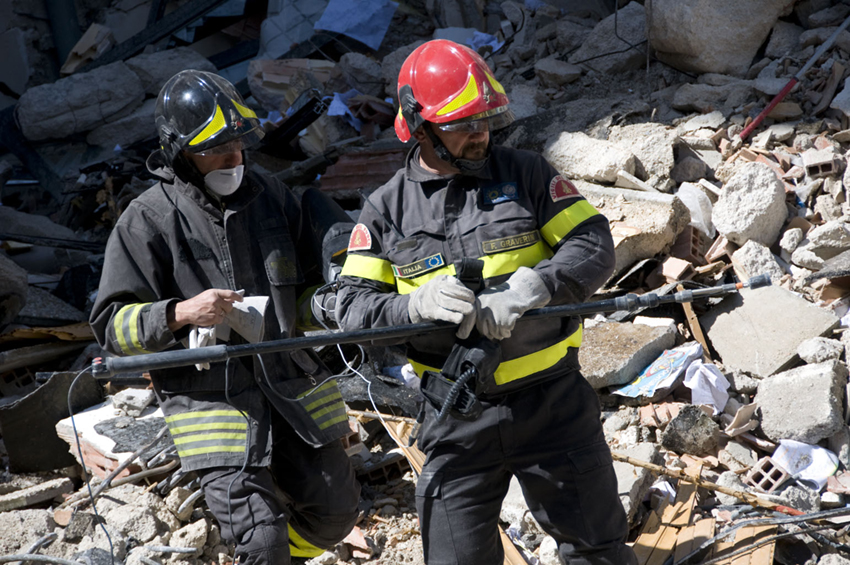 Disastrous earthquakes like the one in Val di Noto in 1693 (grade XI on the Mercalli scale), or the long seismic period in 1783 in Calabria (which peaked at grade XI on the Mercalli scale), have deeply scarred the land and left recognisable signs of recovery and reconstruction. In the last forty years, the economical damage caused by seismic events has been assessed at around 80 billion euro, to which must be added damage to historical, artistic and monumental assets.

In Italy, the relationship between the damage caused by earthquakes and the energy released during the events is much higher than in other countries with high seismicity, such as California or Japan. For example, the earthquake in 1997 in Umbria and Marche was responsible for damage (homeless: 32,000, economic damage: approximately 10 billion euro) comparable with that caused by the 1989 earthquake in California (14.5 billion dollars), despite it having around 30 times less energy. This is mainly due to the high population density and considerable fragility of our buildings.

In this section you can find documents, photos and videos of seismic risk emergenciesfor which an emergency state has been declared or for which the Head of Department carried out the role of Commissioner delegate; also, here are listed international emergencies to which the Department participated, either autonomously or within missions coordinated by The European Civil Protection Mechanism.

Events are divided into: