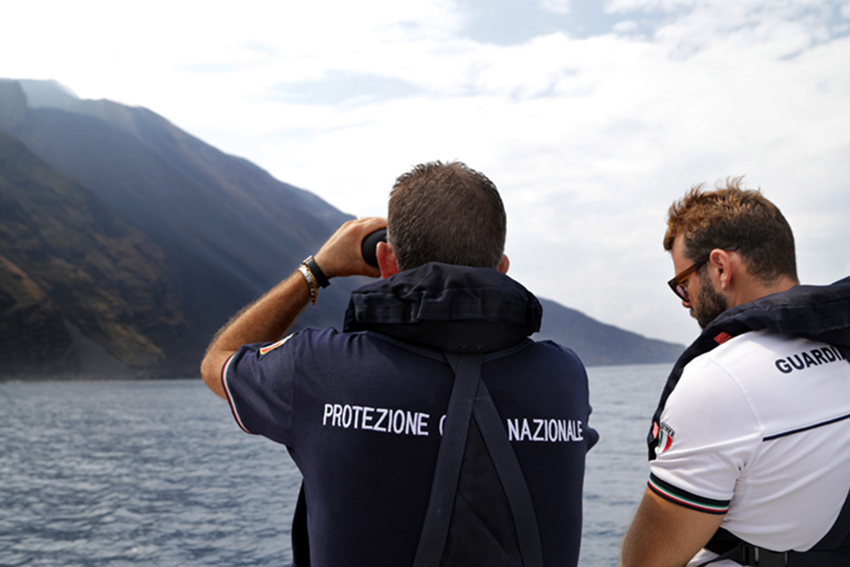 Etna and Stromboli are the volcanoes in Italy which have erupted over the last few years. The first one is on the eastern coast of Sicily whilst the second is part of the Eolie Islands archipelago. These two volcanoes represent a reduced hazard at short term, due to their open conduit activity.

In the “Emergencies in Italy” section we have described the eruptions occurring over the last ten years. As, due to the intensity and extent of type C events, special provisions and powers are required to deal with them. States of Emergency has been declared by decrees signed by the Prime Minister and then extended many times, for the Stromboli and Etna eruptions.

The entire National Civil Protection System is called to deal with the emergencies; specifically, the Civil Protection Department operates in the territories involved with its own men and equipment to implement the emergency plans, bring help to the exposed population and mitigate the damaging effects.

In the “International emergencies” section we have described the eruption of Iceland’s Eyjafjallajökull volcano and the cloud of ashes it generated affecting the skies of Europe from March to May 2010, including Italy.