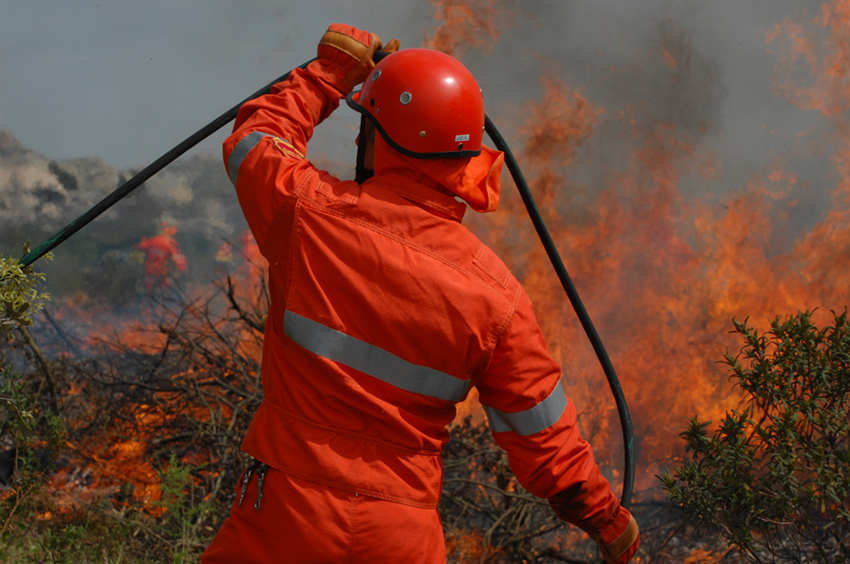 Every year the entire peninsular is involved by the fire phenomenon, however the regions at highest exposure are concentrated in the south and on the islands, especially during the summer months, when the weather conditions create more favourable conditions for fires and relevant propagation.

The summer of 2007 is remembered as one of the most disastrous in the last few decades. Over 10 thousand forest fires broke out covering an area of over 225 thousand hectares with as many as 115 thousand covered by woodlands. The worst hit regions were Lazio, Campania, Calabria, Puglia and Sicily.

Two ordinances (3606/2007 and 3624/2007) declare the state of emergency subsequent to the serious fires hitting central-southern Italy. The Head of the Civil Protection Department is appointed Commissioner-delegate. The latter ordinances, apart from establishing actions to resolve the emergency and to identify and quantify the damages, also introduce major innovations concerning the registration of land involved by the fire and preparation of a town council or inter-council civil protection plans, particularly referred to interface fires and fires around built up areas. The directions contained in the provisions become the effective general guidelines on matters of forest fires.
Only a very low percentage of town councils had registered the land involved by fires, as provided by the framework bill, up until then. With the new norms, councils can call upon the State Forestry Corps for assistance, the latter already having updated records of the areas. The Department of Civil Protection also sends an operating manual to the town councils to prepare the council or inter-council civil protection plan.

The summer of 2007 is remembered as one of the most disastrous forest fires, not only in Italy but also in other Mediterranean countries like Greece and Albania. 900 thousand hectares of the European territory have been hit by fire, leaving behind victims and serious structural damage to properties, environmental and cultural heritage of many countries. Only in Greece fire affected an area of 250 thousand hectares, causing the loss of more than 60 lives and injuring many, and the destruction of entire villages, forests and vast areas of the Mediterranean woods.

The European Civil Protection Mechanism was activated twelve times during the emergency period that lasted over ten weeks and involved Bulgaria, Cyprus, Greece, Italy, Albania and Macedonia. Requests for help have had an immediate response and through the mechanism, various Member States, including Italy, France, Spain and Greece have provided assistance. The support has been limited in part because those countries were struggling with the forest fires raging in Italy or at least exposed to high risk.